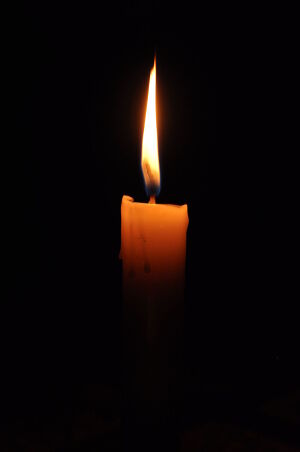 On March 22, 1937, Joel was born in Bristol, Connecticut, to Mildred Capirchio Defelippi and Joseph Defelippi.  He grew up with his mother, sister and loving extended Italian family with many aunts, uncles and cousins, overcoming the death of his father at the age of thirteen.  Joel was very active as a leader in his school activities as well as his devotion to being a Boy Scout, leading all the way to achieving Eagle Scout.

Joel attended Bristol High School and continued his education at General Motors Institute in Flint, Michigan where he met the love of his life for 62 years, Shirley Norgren.  After completing a master’s degree in Mechanical Engineering at the Massachusetts Institute of Technology in Boston, Massachusetts Joel and Shirley married and raised their 3 children in Bristol, Connecticut while he started his career with General Motors at their New Departure Hyatt division.  As a young couple Joel and Shirley were very involved with the Bristol Jaycees. As president, Joel and his friends had the opportunity to host the Miss Bristol pageant and organize the Mum parade over many years.

In 1967 they moved their family to Huron, Ohio with Joel’s transfer to New Departure Hyatt’s Sandusky, Ohio location.  Joel was an active member of the community as founding member of the Huron Swim Club, a Boy Scout Troop Leader and President of the Huron High School Athletic Booster Club.  Joel enjoyed every aspect of raising 3 children with his wife in a small town community, being involved with all of their school and sporting events.  An avid sailor since living in Boston, Joel expanded on his enjoyment of sailing by participating in races on Lake Erie and Sandusky Bay.

Joel’s career with General Motors brought them to Dayton, Ohio where he worked at the Delco Chassis Division.  After retiring from a 37 year career with General Motors he started a new career chapter as founding President of the National Center for Tooling and Precision Components at The University of Toledo.  Joel and Shirley enjoyed their years in Toledo, Ohio.  A senior consulting opportunity and another career chapter with the Torrington Company brought Joel and Shirley to Alpharetta, Georgia in 1996.  Finally enjoying full time retirement, with dear friends old and new, including those from WARM (Windward Association of Retired Men) and the General Motors Retirees Club.  All this has made for an abundant and fulfilling life.

Services have not been scheduled at this time, in lieu of flowers donations can be made to the Alzheimer’s Association.

To send flowers to the family or plant a tree in memory of Joel James Defelippi, please visit our floral store.

You can still show your support by sending flowers directly to the family, or by planting a memorial tree in the memory of Joel James Defelippi
Share a memory
© 2021 McDonald & Son Funeral Home & Crematory. All Rights Reserved. Funeral Home website by CFS & TA | Terms of Use | Privacy Policy